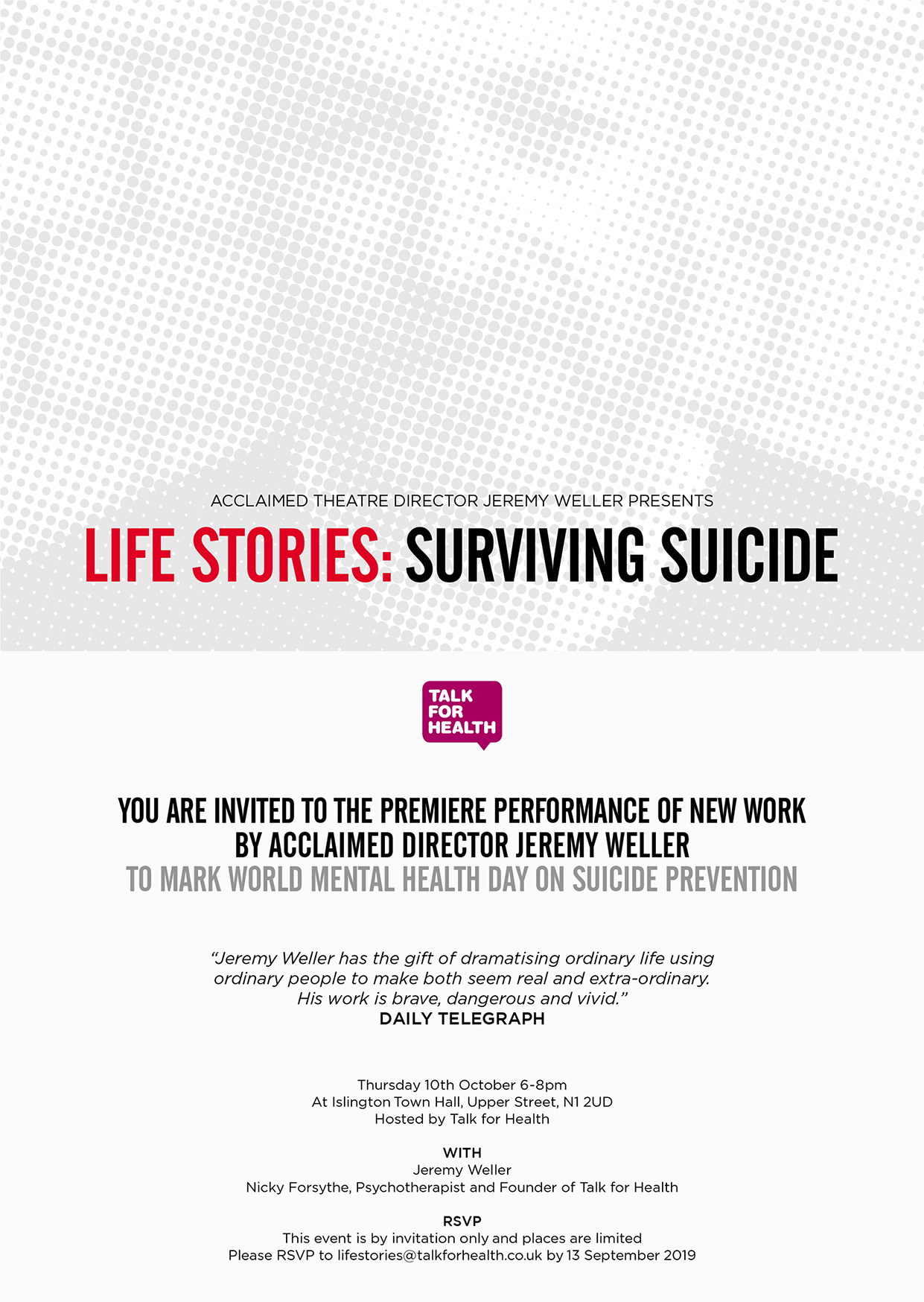 “Research shows clearly that people in distress are LESS likely to take their own lives if they have had the chance to speak openly with a trusted listener,” says Nicky Forsythe of Talk For Health.

“It’s precisely because people are afraid they can’t talk about it that their thoughts become dangerous.”

To mark Mental Health Awareness Day, Talk for Health has collaborated with acclaimed theatre director Jeremy Weller to tell the real-life stories of Talk for Health graduates. The World Premiere takes place in Islington, and participants have agreed to speak beforehand to selected media to discuss their experiences.

Every day, 16 people take their lives in the UK and Eire (2017 figures). That’s one every 90 minutes. Every case is different, but it’s reasonable to guess they hadn’t spoken to anybody because three-quarters of the 17.5m Britons who experience mental health difficulties at any time never seek help.

The problem is systemic because NHS therapy only reaches 16% of need. The stigma associated with suicide makes most people unwilling to admit they have had suicidal thoughts. Keeping this to themselves, they may lose the clarity to understand that thoughts are just thoughts – there is no need to act on them. Weller started working in July with Talk For Health graduates who have attempted or seriously contemplated suicide.

Though not trained actors, they were able to put together a powerful and moving piece of theatre that gets its world premiere in Islington on World Mental Health Awareness Day.

“The group and individuals are courageous and heartbreaking in their honesty and desire to make a difference to others going through what they went through.”

“The things people shared were incredibly powerful, and it created change for all the people I connected with, during and after.

“The great thing was the freedom to talk about these things in a creative way. We encouraged each other – and because there was no taboo it was really liberating. It gave me confidence – and that’s an ongoing process.”

Talk For Health was founded 10 years ago by psychotherapist Nicky Forsythe, to make
therapeutic talk available to all, by training, laypeople in group peer counselling – with
better results than NHS talking therapy.

“Redeveloping connection, resilience and community is the only way that we can sustain a health and care system, free at the point of need. Initiatives such as Talk for Health are a vital way forward” – Jo Sauvage, chair of Islington GPs

Jeremy Weller specialises in work with untrained actors to tell their real stories. BBC Radio described Weller as a world leader in “social inclusion art”. Starting in July, he worked with 15 Talk for Health graduates who had attempted or contemplated suicide. 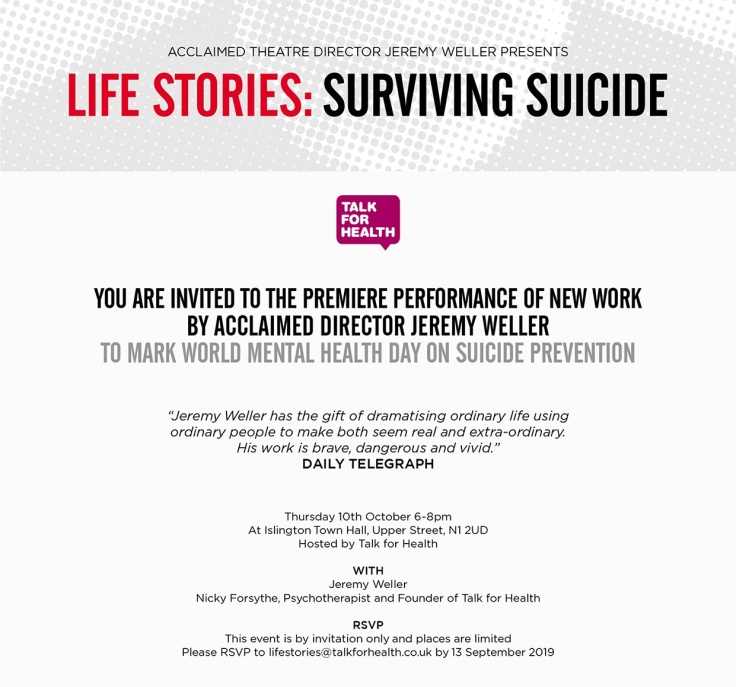